Alcohol is the world’s most dangerous drug and we all are well aware of the consequences of consuming it.

In our daily lives, we all might have come across people who drink excessively and the repercussions they face.

Even then, there is so much crowd in the local alcohol stores, and the scene is not surprising.

Alcohol is more harmful than cocaine or tobacco.

Many times we see the advertisements on TV or any other platform representing that Alcohol Is The Deadliest Drug.

Indian scientists released a report in 2018 and it stated that alcohol is the most harmful drug and three times harmful than cocaine.

Just because cocaine and heroin are illegal does not make alcohol less dangerous. According to WHO (World Health Organization), estimated that alcohol cause 2.5 million deaths worldwide every year from heart and liver disease, road accidents, suicides, and cancer.

Here are the rates each drug received for overall harm caused on a range of 0 to 100:

If we talk about fermented drinks, such as beer and wine, they contain2% alcohol to 20% alcohol. And distilled drinks, or liquor, contain 40% to 50% or more alcohol in it.

The usual alcohol content for each  one of them is:

Some of the harmful side effects of alcohol consumption are:

Some of the other harms noticed:

How Alcohol Affects the Body?

Maybe you are incapable to see those damage caused by drinking to your internal organs. But shouldn’t ignore the warning signs of alcoholism. Sometimes it becomes so late that we fail to fix them.

These are some body parts which get affected by Alcohol addiction.

Effects of alcohol on the brain can be observed very quickly. Drinking can cause temporary complications such as memory loss and also lead to long-term side-effects that are sometimes irreversible.

Our Heart is the most sensible in terms of the negative effects of alcohol consumption. Heavy drinking can increase triglyceride levels – a type of fat in your blood.

Also, it can cause dangerous health conditions such as heart disease (Blood Pressure) and diabetes. Long-term outcomes of heavy drinking may include cardiomyopathy, stroke and sudden cardiac death.

The pancreas is part of our body which helps in the digestive process and also helps our body to regulate blood sugar level. Heavy drinking alcohol over many years can cause a negative result to your pancreas and also cause permanent health difficulties.

Here we saw how alcohol is the deadliest drug and the research and statistics prove this. In our country, many youngsters are consuming alcohol every day in heavy amount. And these facts and figures are a good reminder that alcohol is deadlier and we should stop using it.

And from the next time, if someone tries to justify drinking alcohol, remember it causes cancer and other diseases. It’s three times more harmful than any other drugs like cocaine or tobacco.

If you are addicted to alcohol and you want to get rid of it then meet your doctor or any psychiatrist today. 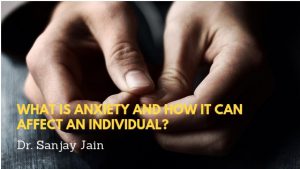 What Is Anxiety And How It Can Affect An Individual? 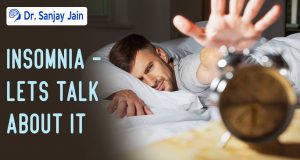 Insomnia – Lets Talk About It 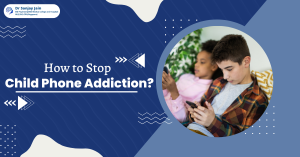 How to Stop Child Phone Addiction: Must Read
BENEFITS OF QUITTING SMOKING 5 Steps to Take when Migraine Hits